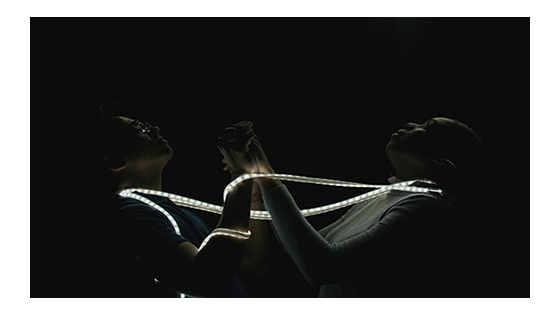 Italian Pavilion at the Venice Biennale

Il mondo magico is the exhibition for the Italian Pavilion at the Venice Biennale 2017, and it presents ambitious new projects by Giorgio Andreotta Calò, Roberto Cuoghi, and Adelita Husni-Bey. These artists—all born in Italy between the 1970s and the 1980s—emerged on the scene in the first decade of the new millennium and, despite many stylistic differences, share a fascination with the transformative power of the imagination and an interest in magic.

In their works, Andreotta Calò, Cuoghi, and Husni-Bey construct parallel universes that teem with references to magic, fancy, and fable, creating complex personal cosmologies. They see themselves not just as producers of artworks, but as active interpreters and creators of the world, which they reinvent through magic and the imagination. For the invited artists, magic is not an escape into the depths of irrationality but rather a new way of experiencing reality: it is a tool for inhabiting the world in all its richness and multiplicity.

The title of the exhibition is borrowed from Ernesto de Martino’s book Il mondo magico; this Neapolitan scholar developed seminal theories about the anthropological function of magic, which he studied for decades, describing its rituals as devices through which individuals try to regain control in times of uncertainty and reassert their presence in the world.

Within the landscape of contemporary Italian art, Andreotta Calò, Cuoghi, and Husni-Bey use magic as a cognitive instrument for reconstructing and reinventing reality, sometimes through fantasy and play, sometimes through poetry and imagination. This approach allows them to create complex aesthetic universes that eschew the documentary-style narrative found in much recent art, relying instead on an alternative form of storytelling woven from myths, rituals, beliefs, and fairy tales.

Like the rituals described by de Martino, the works of Andreotta Calò, Cuoghi, and Husni-Bey stage situations of crisis that are resolved through processes of aesthetic and ecstatic transfiguration. If one looks closely, these works offer up the image of a country—both real and fanciful—where ancient traditions coexist with new global languages and vernaculars, and where reality and imagination melt together into a new magical world. 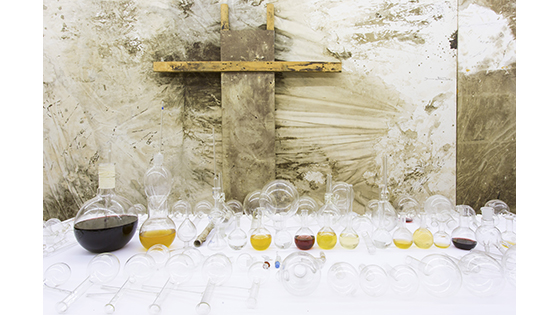 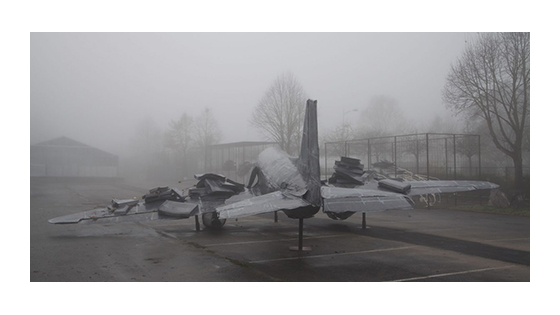 For Louis-Ferdinand Céline: Voyage au bout de la nuit, a large-scale installation by Anselm Kiefer, one of the most important living artists, will be presented by Copenhagen Contemporary (CC) from April 2 through August 6.

Anselm Kiefer’s paintings and sculptures are filled with references to the past. In the almost 50 years since he began working as an artist in postwar Germany, he has found inspiration in historical events, literature, poetry, alchemy, astronomy, chemistry, and religion. This exhibition includes four paintings and four lead sculptures of airplanes. The work, which is monumental in size, has never been exhibited before.

Kiefer has been making lead airplane sculptures since the late 1980s. The pieces in this exhibition, with their battered, war-weary aura, dominate a 1500-square-meter space. The allegorically significant airplanes are juxtaposed and converse with a series of paintings that measure up to 6.6m in height and 11.4 meters in width. The paintings contain references to photographs the artist took during his travels in the Gobi Desert in 1993 and also to a scene in Ingeborg Bachmann’s Book of Franza (1955), in which the title character unsuccessfully seeks solace in the barrenness of the desert.

The multiplicity of references and the diversity of materials can be—although not necessarily should be—interpreted as alluding to the philosophy of Emanationism, which holds that all things flow from and return to one infinite entity.

About Anselm Kiefer
Anselm Kiefer was born in Donaueschingen, Germany in 1945 and has lived and worked in France since 1993. After studying law, and Romance languages and literature, Kiefer devoted himself entirely to painting. He attended the School of Fine Arts at Fribourg-in-Brisgau, then the Art Academy in Karlsruhe He has exhibited widely, including solo shows at MoMA, New York (1988); Neue Nationalgalerie, Berlin (1991); The Metropolitan Museum of Art, New York (1998); Fort Worth Museum of Art, Texas (2005); the San Francisco Museum of Modern Art (2006); Mass MoCA, Massachusetts (2007); Guggenheim Museum, Bilbao (2007); Grand Palais, Paris (2007); Louisiana Museum of Modern Art, Denmark (2010); the Rijksmuseum, Amsterdam (2011); Tel Aviv Museum of Art (2011); The Royal Academy of Arts, London (2014); the Centre Georges Pompidou and the Bibliothèque Nationale de France, Paris (2015). In 2007 Kiefer became the first artist to be commissioned to install a permanent work at the Louvre, Paris since Georges Braque some 50 years earlier. In 2009 he created an opera, Am Anfang, to mark the 20th anniversary of the Opéra National de Paris. 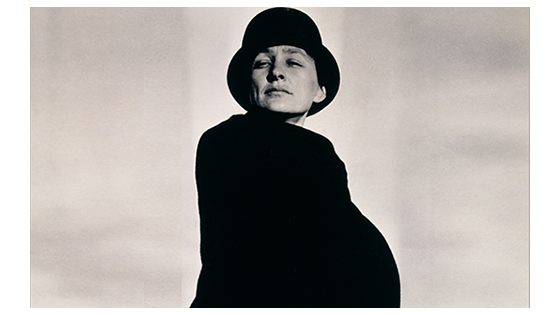 Georgia O’Keeffe: Living Modern takes a new look at how the renowned modernist artist proclaimed her progressive, independent lifestyle through a self-crafted public persona—including her clothing and the way she posed for the camera. The exhibition expands our understanding of O’Keeffe by focusing on her wardrobe, shown for the first time alongside key paintings and photographs. It confirms and explores her determination to be in charge of how the world understood her identity and artistic values.

The exhibition is organized in sections that run from her early years, when O’Keeffe crafted a signature style of dress that dispensed with ornamentation; to her years in New York, in the 1920s and 1930s, when a black-and-white palette dominated much of her art and dress; and to her later years in New Mexico, where her art and clothing changed in response to the surrounding colors of the Southwestern landscape. The final section explores the enormous role photography played in the artist’s reinvention of herself in the Southwest, when a younger generation of photographers visited her, solidifying her status as a pioneer of modernism and as a contemporary style icon. 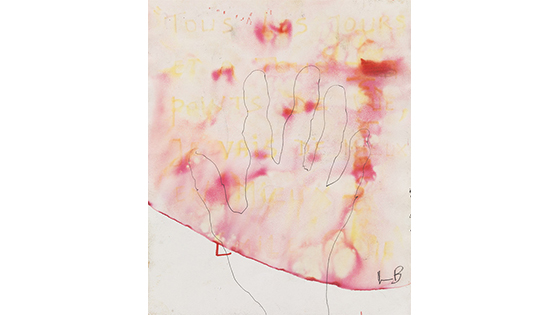 Louise Bourgeois. Voyages Without a Destination

On Friday, March 24 at the Studio Trisorio, a retrospective exhibit of Louise Bourgeois entitled Voyages Without a Destination will be inaugurated.

On exhibit are four bronze sculptures and 34 drawings, half of which have never before been exhibited. Executed by the artist between 1940 and 2009, these works bear witness to the course of her poetics throughout her career.

An internationally renowned artist, Louise Bourgeois was born in Paris in 1911. Despite the fact that she lived in New York from 1938 to her death, most of her inspiration was drawn from her early childhood in France and family relations. Using the body as a primary form, she explored the entire range of human emotions. In her works, varying from drawings to large-scale installations, she has dealt with themes such as memories, sexuality, love and abandonment thus giving form to her fears in order to exorcize them.

The works of Louise Bourgeois have been exhibited the world over. In Italy her solo exhibits were held at the Venice Biennale where her work was presented at the US Pavilion (1993), the Prada Foundation (1997); the Bevilacqua La Masa Foundation (2000), the National Museum of Capodimonte (2008) and the Vedova Foundation (2010).

Louise Bourgeois (1911–2010) was nominated Officer of the Ordre des Arts et des Lettres by the French Minister of Culture (1983) and received numerous international recognitions: the Grand Prix National de la Sculpture from the French government (1991), the Lifetime Achievement Award from the International Sculpture Center in Washington D.C. (1991), the National Medal of Arts from the President of the United States (1997). Louise Bourgeois was elected member of American Academy of Arts and Science and was awarded the French Legion of Honour medal (2008). 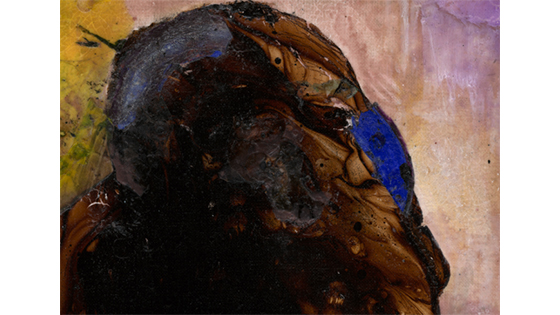 Contemporary Art Platform (CAP) is pleased to announce the opening night of Zeft exhibition and is proud to present the first Kuwait solo exhibition of Paris based painter Hani Zurob taking place on Wednesday the 22nd of March 2017 at 7pm. The exhibition continues until the 22nd of April 2017.

Yasmina Reggad writes, “Hani Zurob has been a firsthand witness to recent critical events that have shaped his subjectivity. He eschews widely circulated media imagery in favour of using the medium of tar that is per se highly charged with contemporary narratives on atrocity that go beyond the personal experience of the artist in Palestine. Besides serving to interrogate the medium of painting, the tar could be the “piece of evidence” that provides “a reservoir of the real”(Peter Geimer, op., cit., p. 31) for the  viewers to activate their personal archive of imagery.“

Hani Zurob is a Palestinian artist, born in 1976 in Rafah camp (Gaza). In 1994 he moved to Nablus where he graduated in 1999 with a B.A. of Fine Arts at the University Al-Najah. He then settled in Ramallah until 2006, where he received a grant that allowed him to reside in Paris at the Cité Internationale des Arts. Hani was unable to return to his homeland. Today he lives in France, creating works that explore the state of exile, waiting, movement and displacement. His work presents Palestine through a personal perspective and conceptual context that transcends borders and geography—concepts that remain close to the painter’s heart.

“Hani’s practice provides an important voice in contemporary Palestinian culture, as well as a significant contribution to the creation of an Arab aesthetic. Ultimately though, while Zurob’s art gives powerful expression to the Palestinian collective experience, it can also be seen in the context of more universal themes of personal identity and embraces humanity beyond the Palestinian context”.
Black Dog Publishing, London 2012.

A monograph tracing the development of his work, “Between Exits: Paintings By Hani Zurob” by Kamal Boullata was published by Black Dog Publishing, London, November 2012.

END_OF_DOCUMENT_TOKEN_TO_BE_REPLACED 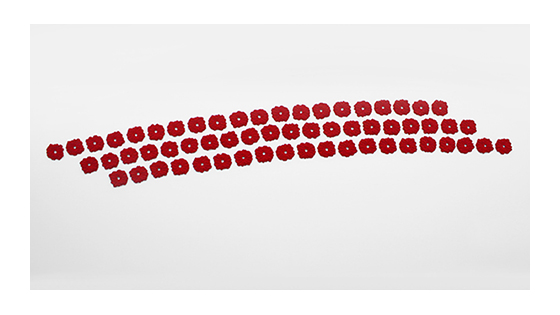 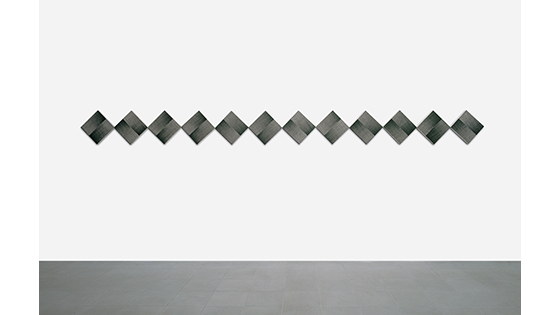 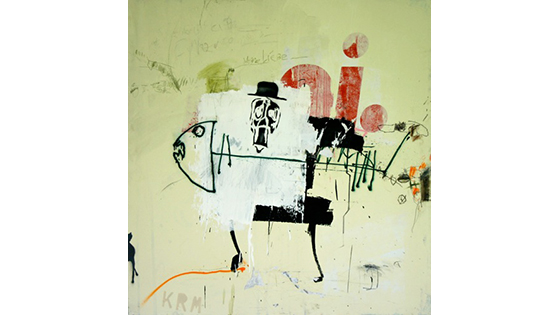 L’Esprit Du Mur (the spirit of the wall) is a concept and style of painting created by KRM, the French-German artist duo Chérif Zerdoumi and Geza Jager.
Their concept and style ESPRIT DU MUR is a rebel, urban art, based on human tragedy and the complexity of existence.
Their works reveal a portrait of city-life and freely express interior contradiction, suffering and joy. Their work is revolutionary, based on overlapping images, words and impulsive gests. Working with four hands on the same piece defines the duo’s working process and makes their confrontation authentic. The final result is an assembly of colour, emotions and different techniques. The work witnesses a contemporary actuality and treats social-political subjects and questions.
KRM and a running dog figure on each picture is their signum. 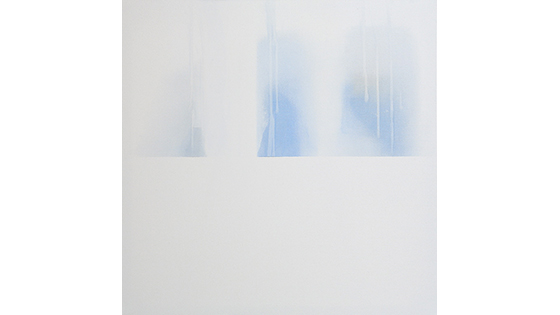