“Trees appear as solid beings, but if we observe them through time, in their growth they become a fluid, malleable matter. A tree is a being that memorizes its own shape and this shape is necessary to its life. Therefore, it is a perfect sculptural structure, because it carries the necessity of existence.” – Giuseppe Penone

The exhibition takes place in the extraordinary first floor of Palazzo della Civiltà Italiana, which FENDI has restored and opened to the public for exhibitions and installations.

Matrice is a unique opportunity to admire a selection of historical works and new productions realized specifically for this occasion by Giuseppe Penone, one of the greatest living sculptors. The exhibition features 17 artworks that date from the 1970s to the present, including many that are rarely seen and will be shown in Italy for the first time.

The entire exhibition has been conceived in dialogue with the monumental architectural spaces of the Palazzo della Civiltà Italiana, presenting a collection of artworks that contrast the clear-cut geometry and the marble facets of this building.

The exhibition is named after one of Giuseppe Penone’s most spectacular works, Matrice (2015), a 30-meter-long sculpture in which the trunk of a fir tree has been carved out following one of its growth rings, thus bringing to the surface the past of the tree and its transformations in time. A bronze mold has been cast in the wood, apparently freezing nature’s flow of life. Like many of Penone’s artworks, Matrice reveals the artist’s interest in the relationship between time and nature and, metaphorically, between nature, humankind and transience. In addition, a new major sculpture in stainless steel and bronze, over 20 meters tall, Abete (Fir Tree, 2013), is installed in front of Palazzo della Civiltà Italiana, adding a new natural dimension to the abstract geometric architecture of the EUR area.

With this exhibition by Giuseppe Penone, which is free to the public, FENDI renews its support and promotion of the highest expressions of contemporary culture, and its desire to merge innovation and tradition, savoir-faire and creativity—values always dear to the Maison.

Abete and the entire exhibition at Palazzo della Civiltà Italiana anticipate the unveiling of a major Penone sculpture, which will be permanently installed in Largo Goldoni, in the center of Rome, in the spring of 2017. This new sculpture titled Foglie di Pietra (Leaves of Stone, 2016) is one of the most complex artworks of Giuseppe Penone: two bronze trees—18 and 9 meter tall respectively—interlace their branches, lifting-up at 5 meters from the ground a sculpted marble block weighing 11 tonnes. This major donation marks the first time in which a significant contemporary artwork will be installed permanently in the public spaces of Rome.

Exhibition is available till Saturday the 3rd of December 2016

In 2011, Tagreed Darghouth presented Canticle of Death[1]. This solo exhibition at Agial Art Gallery in Beirut, consisted of two series of paintings, apparently independent and ultimately linked by the idea of death: nuclear weapons and skulls. Skulls are not something especially new in art history. In the 17th century, French, Spanish, Flemish and Dutch still life masters applied their virtuosity to depict these anatomical shapes inside compositions that included a multiplicity of objects related to arts, science and wealth. These were the vanities, symbolic artworks taking their name from a verse in the Ecclesiastes:

The Vanitas allege that everything, except the love of God, is futile. In opposition with these sophisticated accumulations, Darghouth’s skulls do not cohabit with anything. They float over an abstract pattern composed of flowers, stars, leaves or dots. Their sinister and frightening presences convey a fundamental menace towards humanity and should be seen in accordance with what (or who) the young artist previously painted. In 2010, Darghouth showed Fair and Lovely, a series of portraits of domestic maids. Fair and Lovely also included pictures of women having been subject to plastic surgery. These were already the main topic of Mirror, Mirror! in 2008. From Mirror, Mirror! to Fair and Lovely, Darghouth was revealing the Lebanese society through its extremes: foreign workers – let’s not say slaves – who only exist to serve their masters, and plastic surgery, very popular among the same masters of these workers. We have a confrontation between the inexistent body and the transformed body that attempted to defy time and death. In this perspective, the Vanitasis an absolute and definitive response.

Tagreed Darghouth was born in 1979. She received a Diploma of higher education in Painting and Sculpting from the Lebanese University’s Institute of Fine Arts, and did a year of graduate studies in Space Art from at the École Nationale Supérieure des Arts Décoratifs (ENSAD), Paris in 2003. She won the Boghossian Foundation Prize, in the catagory of painting, in 2012. She has held a number of solo exhibitions, including Vision Machines: Shall You See Me Better Now?, 2015,Rehearsals, 2013, Canticle of Death, 2011, Fair & Lovely, 2010, and Mirror, Mirror!, 2008, all at Agial Art Gallery, Beirut. And she has participated in various group exhibitions, including “Thin Skin: Six Artists from Beirut,” Taymour Grahne Gallery, New York, 2015; “Insondable Surface,” French Cultural Center, Beirut, 2013; “Re-Orientations I,” Rose Issa Projects, London, 2012; and “10th Anniversary of Kasa Art Gallery,” Kasa Gallery, Istanbul, 2010.

Contemporary Art Platform (CAP) is a non-profit private organization dedicated to developing and supporting the arts in Kuwait and throughout the region. CAP is one of the largest exhibition spaces in the region and since its founding in 2011 by art collector Amer Huneidi. The gallery space has presented exhibitions of established and international artists, as well as emerging and local artists through collective, thematic shows mainly curated by Arab and international curators.

CAP’s mission is equally committed to its extensive education program which offers a variety of opportunities to the community. Workshops are held regularly in the Studio Space, where youth and children are invited to learn from local and visiting artists. Artist talks and panel discussions are presented in conjunction with exhibitions, exhibition tours are offered to school groups and film screenings are shown twice a month. CAP’s library holds over two thousand titles and is the largest public art book library in Kuwait. These resources have positively impacted local contemporary art appreciation and understanding. As the only institution of its kind, CAP has played a principal role in establishing Kuwait as a contributor to the global art world and fostering the next generation of art lovers in the region.

END_OF_DOCUMENT_TOKEN_TO_BE_REPLACED 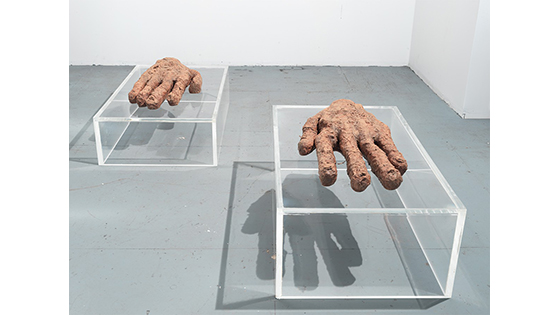