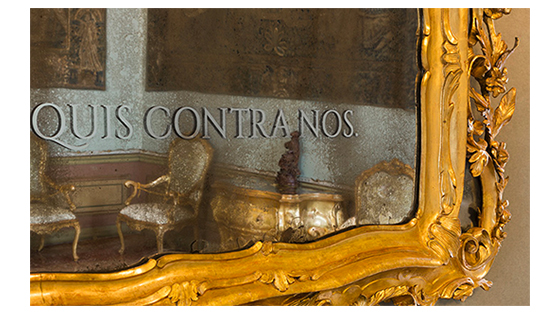 From May 13 to November 26, the Fondazione Merz and MUVE, Fondazione Musei Civici di Venezia, present Velme, a site-specific exhibition by artist Marzia Migliora, curated by Beatrice Merz. The works are on display in several rooms of the Museo del Settecento Veneziano in the historic Palazzo Ca’ Rezzonico. The project is characterised by forms of expression that are recurrent in the artist’s production: the desire to show what is hidden and to reveal the relationship with space and the history of places.

Marzia Migliora aims to bring out the contradictions and repeated exploitation—of natural and human resources, and labour, typical of the history of mankind—through the clues emerging from the history of the lagoon city and from the works conserved in Ca’ Rezzonico, establishing a dialogue and contrasting them with the works she has created. The artist accomplishes this here by extrapolating elements from the collection, showing them in a new light, and shifting the point of view of the visitor. The title of the exhibition aptly summarises the considerations that underpin the project. The word “velma” is the Venetian term for a shoal, indicating a shallow area in the lagoon that emerges during low tides. These shoals, just like the entire ecosystem of the Venetian lagoon, are at great risk due to the morphological degradation and erosion of the seabed, caused by a lack of awareness and the continued violations perpetrated by mankind. The velma, the “meeting point” in the relationship between water and land, the symbol of something underwater that never stops emerging, thus becomes “an urgency of the present” and a bridge that connects us with the past. The project comprises five installations carefully chosen by the artist and located in different rooms of the Palazzo. In the “portego de mezo”—the typical feature of Venetian palaces that links the water gate to the door on the street—hosts a work called La fabbrica illuminata (literally the illuminated factory): five goldsmiths’ workbenches illuminated by a row of neon lights and in which, on each upper shelf, a block of rock salt has been placed.

The elements that make up the installation such as salt, which was so vital in the trading history of Venice, also known as “white gold,” and the goldsmith’s workbenches—refer to the exploitation of natural resources and labour needed to transform these into commercial goods and profit. END_OF_DOCUMENT_TOKEN_TO_BE_REPLACED 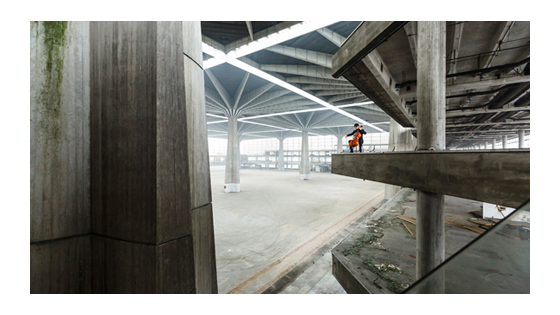