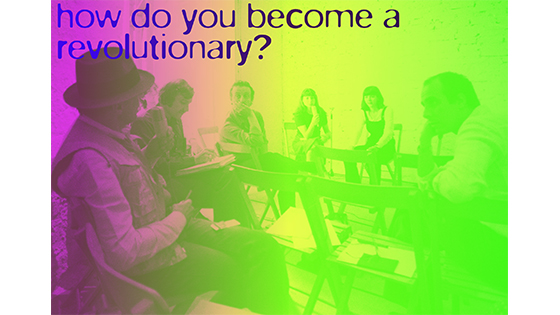 The state of North Rhine-Westphalia is set to celebrate the centenary of the birth of Joseph Beuys in 2021.

Around 25 of the state’s museums and cultural institutions will focus throughout 2021 on the Rhineland-born artist.

Joseph Beuys is one of the world’s most significant 20th-century artists. To mark the centenary of his birth in 2021, over 25 museums and cultural institutions in the state of North Rhine-Westphalia will embark upon a critical reappraisal of the complex practice and international influence of the Rhineland-born artist. beuys 2021.100 years of joseph beuys is a project of the Ministry of Culture and Science of the State of North Rhine-Westphalia in cooperation with the Heinrich-Heine-Universität Düsseldorf. The centenary’s patron is the state’s minister president, Armin Laschet.

The centenary programme runs from March 2021 to March 2022. Numerous exhibitions, actions and performances, plays and podcasts, concerts, lectures, conferences and seminars will explore the equally fascinating and controversial ideas of one of the most influential artists and polarizing figures of the 20th century. Visitors from all over the country and abroad are invited to examine Beuys’s significance for contemporary art and political thought, and to critically engage with both his legacy and his approach to the issues of most acute concern to us today: How might we think of democracy and freedom? How do the environment and the economy condition each other? How do politics and art relate in our time?

The project beuys 2021 is directed by Prof. Dr. Eugen Blume and Dr. Catherine Nichols. It is situated within the Department of Art History at the HHU, which is headed by Prof. Dr. Timo Skrandies. Project management: Inga Nake, Anne-Marie Franz. Project assistance: Bianca Quasebarth, Pia Witzmann.

About Joseph Beuys
Joseph Beuys (born in 1921 in Krefeld, raised in Kleve, died in 1986 in Düsseldorf) was a draughtsman, sculptor, action and installation artist, teacher, politician and activist. Along with Marcel Duchamp, John Cage and Andy Warhol he is widely considered one of the most significant artists of the 20th century. He fundamentally altered the nature, materiality, language, boundaries and tasks of art. In his practice—universal in its scope—Beuys explored questions pertaining to humanism, social philosophy and anthropology. His attempt to come to terms with his participation in the National Socialist regime, his experiences as a soldier in World War II and his return to a morally compromised society had a profound influence on the evolution of his practice. Taking himself as a model for inner transformation, he sought to democratize himself and society at large, believing that the key lay in the creativity innate in all human beings. The extent to which he succeeded in achieving the transformation to which he aspired remains a point of substantial controversy. From 1964 onwards he no longer distinguished between his biography and his artwork, having come to view his life as material to be sculpted. This model became the point of departure for his theory of social sculpture, which culminated in 1982 with his documenta contribution 7,000 Oaks.

Joseph Beuys was unique among the artists of his time in his ability to interweave art with social processes and in his call for the adoption of his universalist conception of art as a creative, transformative force within politics, science, philosophy and economics. His far-reaching ideas remain remarkably astute and pertinent to our times. His early environmental advocacy, which went hand in hand with his critique of economic conditions, is but one example of his foresight. As a formative teacher at the Düsseldorf Academy he instigated a pivotal reevaluation of the education system. His key concern was the expansion of thought and action through art. With his notion that »everyone is an artist« he envisioned a universal world society. Beuys continues to exert a palpable influence upon artistic and political discourse. Nevertheless he remains a polarizing figure and force in contemporary society.