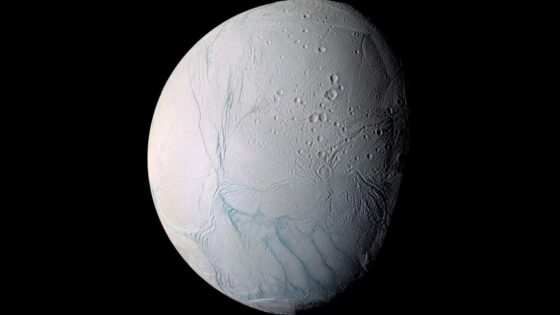 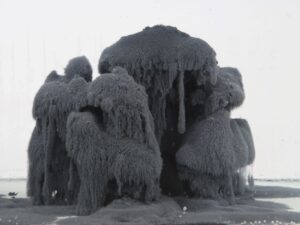 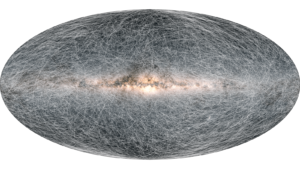 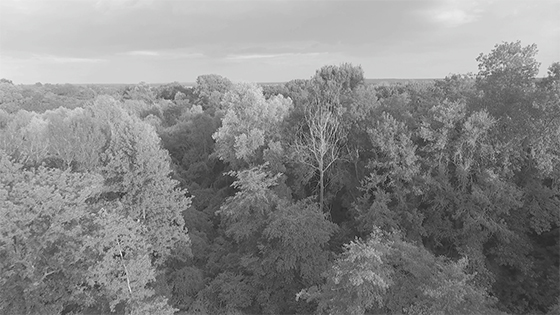 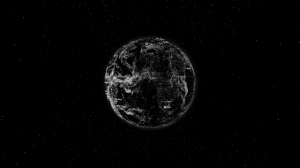 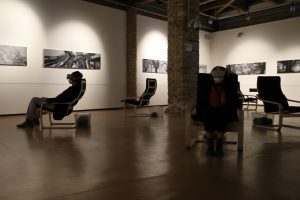 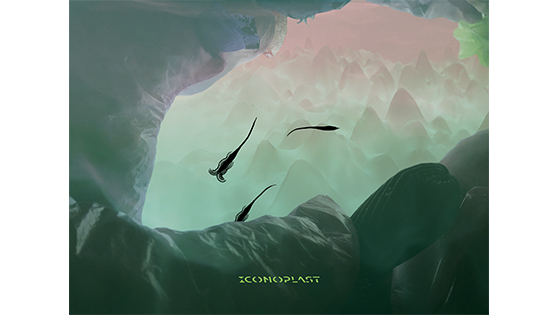 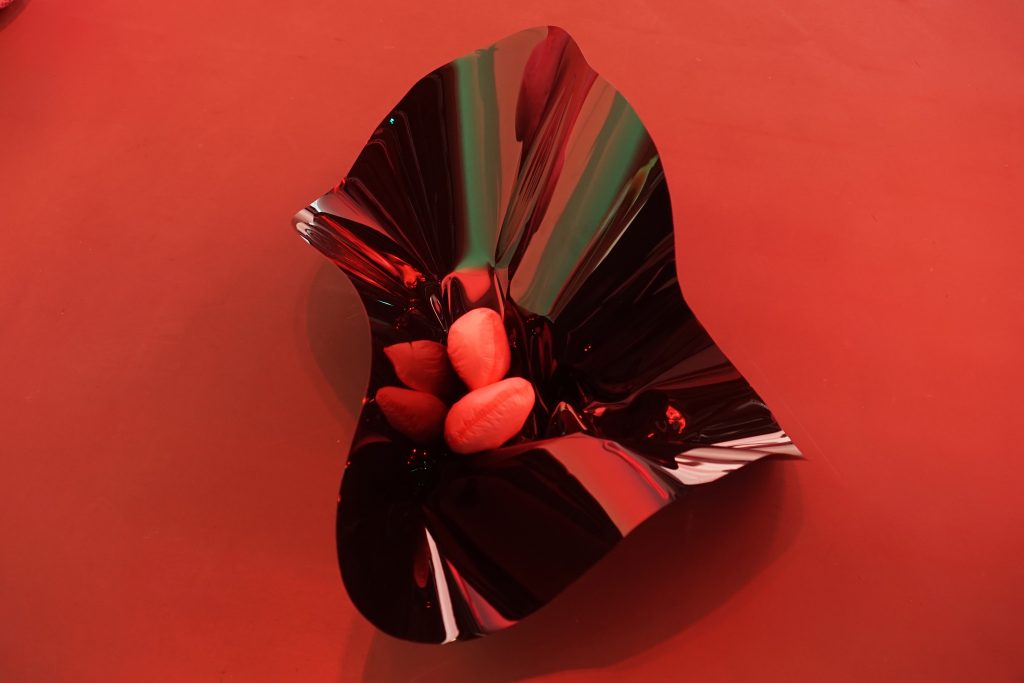 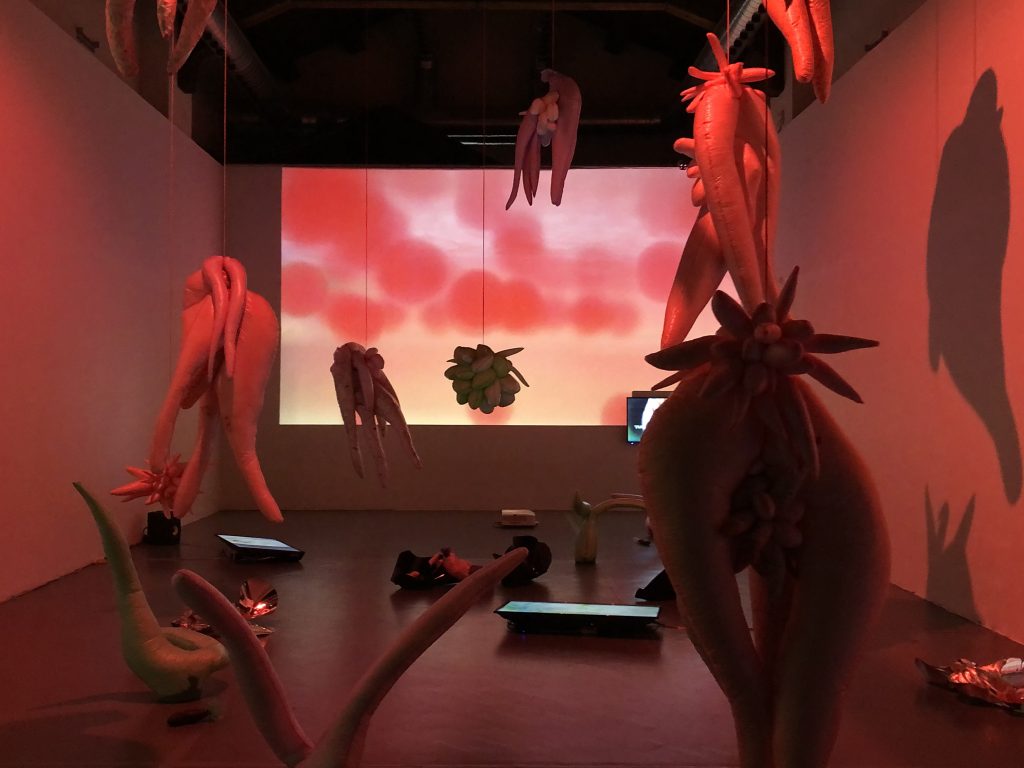 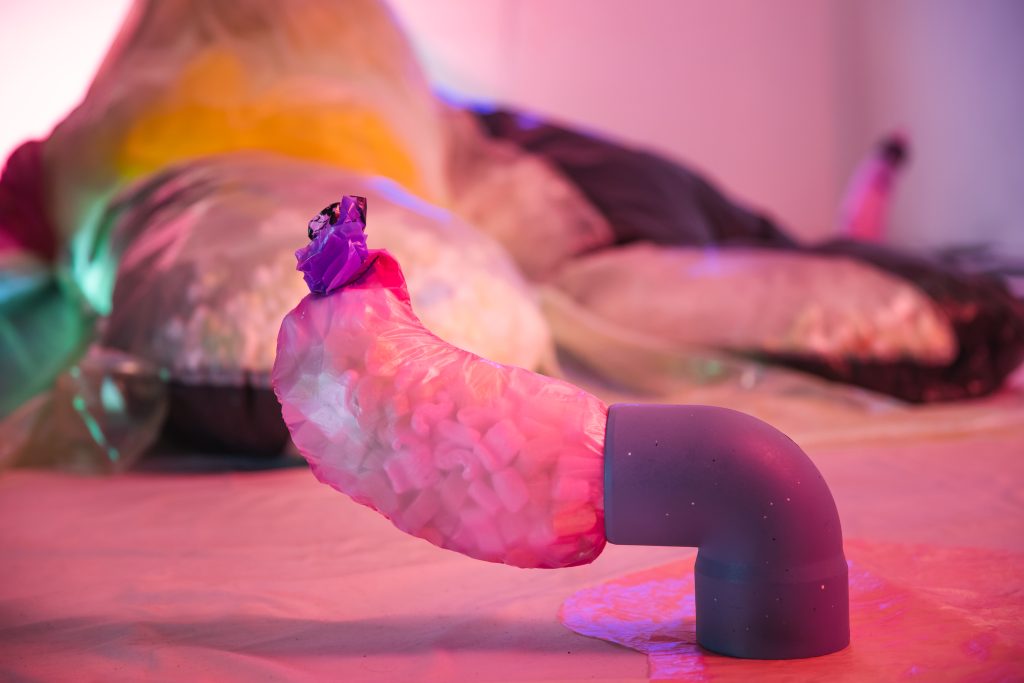 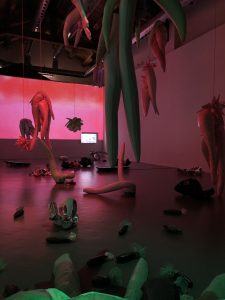 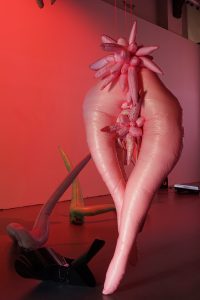 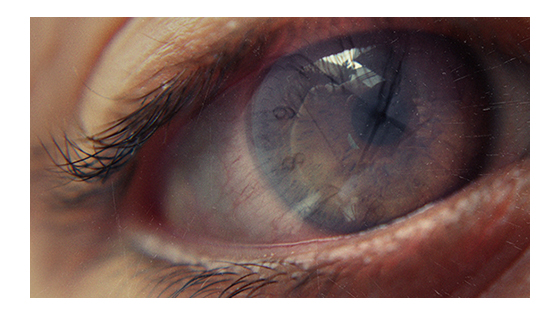 Fondazione In Between Art Film is pleased to launch the first chapter of STILL – Studies on Moving Images, a research platform for specially commissioned texts investigating the field of artists’ moving images.

Through essays and conversations, the project explores works belonging to the Foundation’s collection and the practice of those artists whose works have been commissioned or supported.

The first manifestation of STILL – Studies on Moving Images is an online collection of texts that are released four times a year. Each release consists of four studies:

–”Double Exposure” features a conversation between an artist and an art writer
–”Cross-cutting” offers a ground-breaking theoretical essay
–”Close-Up” is an in-depth analysis of a selected work of art
–”First Look” examines a work that has been recently acquired by the Foundation.

At the end of each year, the four chapters will be collected in a book published by Mousse Publishing.

Thanks to the collaboration with international artists, writers, curators, and researchers, this project is conceived as an integral part of the mission of the Foundation in promoting the culture associated with moving images, with the desire to contribute to the literature and knowledge surrounding the work of artists whose vision enriches and inspires our work.

The 2021 edition of STILL – Studies on Moving Images will see contributions by:

The first chapter of STILL features a conversation between artist and filmmaker Shirin Neshat and Valentine Umansky, an essay by Pavel Pyś that explores visual technologies and representation, an in-depth analysis of Cristina Lucas’ three-channel installation Unending Lightning (2015-ongoing) by Ferran Barenblit, and a text by Yang Beichen examining Wang Tuo’s video The Interrogation (2017).

Developed by the team of Fondazione In Between Art Film, STILL is conceived by Alessandro Rabottini, Artistic Director and edited with Bianca Stoppani, Editor, together with Leonardo Bigazzi and Paola Ugolini, Curators.

Created at the initiative of its president Beatrice Bulgari, the foundation supports the work of artists and institutions that explore the field of the moving image through exhibitions, new productions, and international partnerships.

The Foundation carries on the work of the production company In Between Art Film, founded in 2012, which forged partnerships with major projects and institutions such as the 55th International Art Exhibition of La Biennale di Venezia, MAXXI in Rome, Tate Modern in London, Documenta 14, Manifesta 12, miart in Milan, Centre d’Art Contemporain in Geneva, Lo schermo dell’arte in Florence, Dhaka Art Summit, and Loop Barcelona. 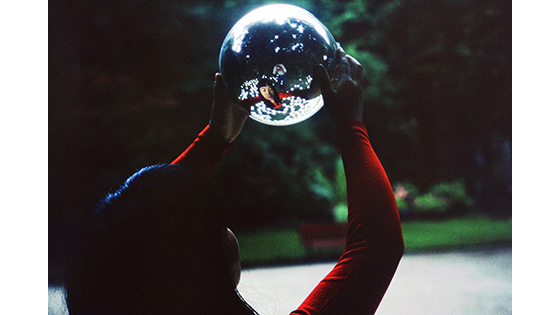 In this context, ZERO IS INFINITY explores the transnational developments in Kusama’s and ZERO’s activities during the 1960s, by showcasing their works and documentation materials. The group show displays a work from Infinity Nets, Kusama’s monochrome painting series, a series shown in Europe for the first time at the above-mentioned exhibition in 1960. The newest work in her Infinity Mirror Rooms series, Longing for Infinite Heaven, as well as a reproduction of Christian Megert’s Mirror Wall (Spiegelwand) installation are also presented. Other highlights of the exhibition include another Kusama installation, Narcissus Garden,which was first presented in the 33rd Venice Biennale in 1966 with financial support from Lucio Fontana, who also exhibits an artwork from his signature series Spatial Concept (Concetto Spaziale) at this show. END_OF_DOCUMENT_TOKEN_TO_BE_REPLACED 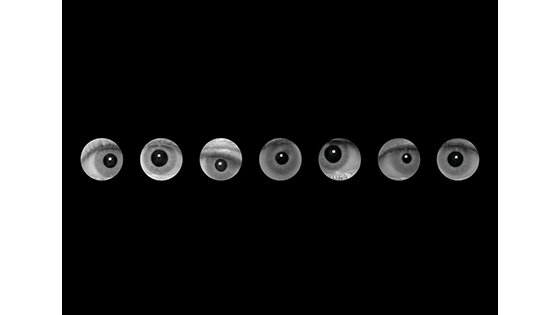 “Training Humans”, conceived by Kate Crawford, AI researcher and professor, and Trevor Paglen, artist and researcher, is the first major photography exhibition devoted to training images: the collections of photos used by scientists to train artificial intelligence (AI) systems in how to “see” and categorize the world.

In this exhibition, Crawford and Paglen reveal the evolution of training image sets from the 1960s to today. As stated by Trevor Paglen, “when we first started conceptualizing this exhibition over two years ago, we wanted to tell a story about the history of images used to ‘recognize’ humans in computer vision and AI systems. We weren’t interested in either the hyped, marketing version of AI nor the tales of dystopian robot futures.” Kate Crawford observed, “We wanted to engage with the materiality of AI, and to take those everyday images seriously as a part of a rapidly evolving machinic visual culture. That required us to open up the black boxes and look at how these ‘engines of seeing’ currently operate”.

“Training Humans Symposium” took place on Saturday 26 October at 2.30 pm, engaging with the exhibition. The event involved Prof. Stephanie Dick (University of Pennsylvania), Prof. Eden Medina (MIT), Prof. Jacob Gaboury (University of California, Berkeley), along with the project curators Kate Crawford and Trevor Paglen. Putting the ideas in the exhibit in conversation with their path-breaking work, the speakers examined questions such as: where are the boundaries between science, history, politics, prejudice and ideology in artificial intelligence? And who has the power to build and benefit from these systems?

“Training Humans” explores two fundamental issues in particular: how humans are represented, interpreted and codified through training datasets, and how technological systems harvest, label and use this material. As the classifications of humans by AI systems becomes more invasive and complex, their biases and politics become apparent. Within computer vision and AI systems, forms of measurement easily – but surreptitiously – turn into moral judgments.

Of import to Crawford and Paglen are classificatory taxonomies related to human affect and emotions. Based on the heavily criticized theories of psychologist Paul Ekman, who claimed that the breadth of the human feeling could be boiled down to six universal emotions, AI systems are now measuring people’s facial expressions to assess everything from mental health, whether someone should be hired, to whether a person is going to commit a crime. By looking at the images in this collection, and see how people’s personal photographs have been labeled, raises two essential questions: where are the boundaries between science, history, politics, prejudice and ideology in artificial intelligence? And who has the power to build and benefit from these systems?
As underlined by Crawford, “There is a stark power asymmetry at the heart of these tools. What we hope is that “Training Humans” gives us at least a moment to start to look back at these systems, and understand, in a more forensic way, how they see and categorize us.”

The exhibition will be accompanied by an illustrated publication in the Quaderni series, published by Fondazione Prada, including a conversation between Kate Crawford and Trevor Paglen on the complex topics addressed in their project.

END_OF_DOCUMENT_TOKEN_TO_BE_REPLACED 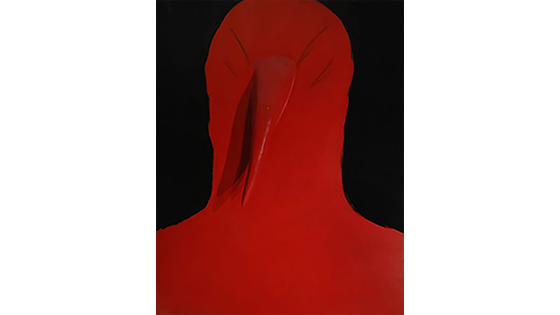 Musja. The Dark Side – Who is afraid of the Dark?

Musja, the exhibition space in via dei Chiavari 7 in Rome presided over by Ovidio Jacorossi, becomes a private museum with the opening on October 9 of Who is afraid of the Dark?, the first exhibition within The Dark Side project, a three year programme curated by Danilo Eccher.

The vast art collection owned by Jacorossi, covering the period from the early 19th century Italian to the present, will be flanked by the most innovative contemporary trends in the international panorama in order to highlight the fundamental contribution of art to personal and collective growth. The new museum also sets out to become established as a focus for the development of civil society in Rome, and to carry forward cultural commitment, and dialogue with international public and private institutions and museums.

The complex thematic setting of The Dark Side project is organized into three exhibitions spread over three years, and dedicated to: “Fear of the Dark,” “Fear of Solitude,” and “Fear of Time.” The first event in the new exhibition programme—“Fear of the Dark”—brings together 13 of the most important international artists with large site-specific installations and large-scale artworks by established artists, such as Gregor Schneider, Robert Longo, Hermann Nitsch, Tony Oursler, Christian Boltanski, James Lee Byars as well as new protagonists on the contemporary art scene such as Monster Chetwynd, Sheela Gowda, and Chiharu Shiota. There is a substantial Italian component with works and installations by Gino De Dominicis, Gianni Dessì, Flavio Favelli, Monica Bonvicini. During the opening of the exhibition, and thereafter at monthly intervals, there will be a performance by “Differenziale Femminile,” a group of four actresses, in the rooms of the gallery.

The majority of the site-specific works will be produced especially for the exhibition, while others are loans from various institutions, galleries and some others are part of the Jacorossi collection. All of them were selected for their power to draw the viewer in and encourage reflection on the topic while, at the same time, introducing some essential aspects of current contemporary art research. Visitors will be able to analyse their own reactions to sensory and tactile experiences, theatrical and magical visions, rituals and settings, anxieties that take different and unexpected forms only to melt away.

The catalogue accompanying the exhibition, published by Silvana Editoriale, contains a wealth of images by all the participating artists as well as written contributions. In addition to Danilo Eccher’s contribution, there are also some intellectually complex views on the theme of the dark by theologian Gianfranco Ravasi, theoretical physicist Mario Rasetti, psychiatrist Eugenio Borgna and philosopher Federico Vercellone. Different points of view, cross-cutting approaches, intellectual fields that diverge, overlap and are interwoven, give the project much greater scope than a standard art exhibition.

In the course of the exhibition, Musja will also be holding a series of meetings on the theme, coordinated by Federico Vercellone, professor of Aesthetics in the Department of Philosophy at Turin University. 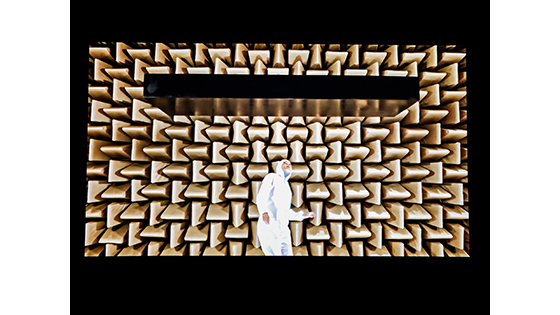 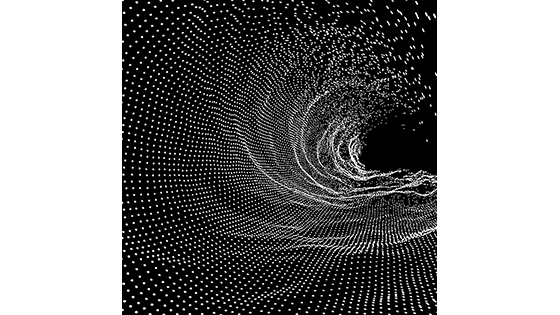 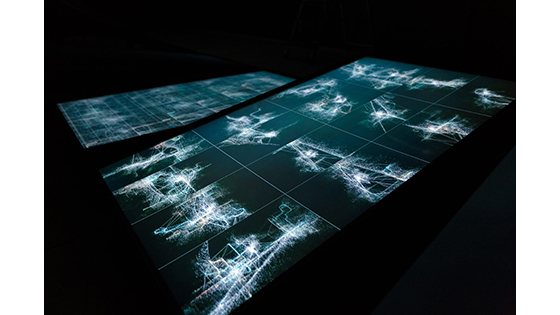