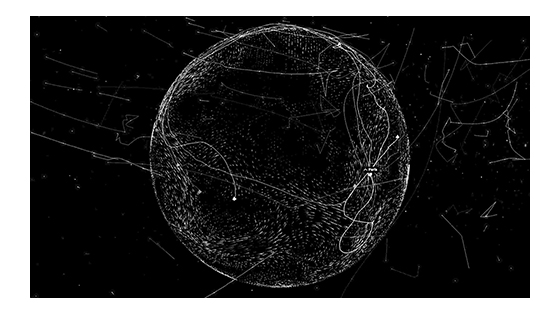 Tomás Saraceno – Songs for the Air

With the Block Beuys, the Hessische Landesmuseum Darmstadt is one of the most important forums for contemporary spatial installations, therefore the museum plans to regularly invite contemporary performance and installation artists to present current positions on the 450 square meters of the museum’s Great Hall following Joseph Beuys’ example. The Block Beuys will thus be put in a new context and re-enters discussion.

For its 200th anniversary the museum invites the internationally acclaimed, born in Argentinia, in Berlin based artist Tomás Saraceno, for whom the connection between art and science is central. The Hessische Landesmuseum Darmstadt is one of the largest universal museums in the world and therefore offers the ideal space for Saraceno’s interdisciplinary work.

The solo exhibition Tomás Saraceno: Songs for the Air is composed of new encounters. It is an exhibition that both challenges and utilises technology to build new connections between us and the world, championing modes of participation that expand our awareness and work towards societal change. In this, Saraceno actualizes Beuys’ famous line “everyone is an artist,” illuminating who and what it is we share this planet with and presenting a catalyst for individual and collective action. The exhibition will furthermore expand upon one of Saraceno’s most pressing interests—to create an exhibition that is neither site nor time specific, and whose intention reverberates beyond the museum’s walls.

The COVID-19 crisis has laid bare the fact that, when it comes to public emergencies, be they due to a virus, pollution, or war, we must act together. This includes not only people from different nations but also animals from different species and forces, both living and nonliving. Our increased attention to the air and what it carries furthermore brings to the forefront the issue of environmental racism with its numerous casualties and countless battlegrounds. The continuous sonic ensemble Songs for the Air, specially developed for the Hessische Landesmuseum Darmstadt, will give voice to particles floating in the air – among them the harmful substances of PM2.5 and PM10. According to the World Health Organization 4.2 million deaths occur each year as a result of exposure to outdoor air pollution, with low and middle-income countries experiencing the highest burden. As Achille Mbembe wrote, “the long reign of capitalism, has constrained entire segments of the world population, entire races, to a difficult, panting breath and life of oppression.” In attunement to bodies and forces on air Saraceno draws specific attention to inequalities of the air that are often unforgivingly site-specific.

The exhibition also makes visible the many others, living and nonliving, with which we share our planet. Through his work with the community groups Aerocene and Arachnophilia, Saraceno sees a future for all things—free from borders, free from fossil fuels, free from the extractive, colonialist, capitalist ambitions that divide us. Through a series of digital artworks, including Saraceno’s Arachnomancy App and Aerocene App, he challenges technology to connect us to the world, bringing the exhibition into your phone and your home. Each App begins with the story of doing it together. “Right now,” he states, “we have our priorities backwards: capital flows freely, propelled by the fossil fuel economy, while people, empathy, and cooperation are stopped at borders.” Saraceno reminds us that following the patterns and forces of the wind, the sun, and weather the air has no borders. It belongs to no one yet gives itself freely to all. He also draws attention to the massacre of insects worldwide, which make up part of the Sixth Mass Extinction, due to the promulgation of glyphosate and other pesticides, loss of habitat and climate change.

Additional works include How to Entangle the Universe in a Spider/Web?, which features the innovative, internationally recognized laser-supported tomographic technique developed by Tomás Saraceno with scientists at the Technische Universität Darmstadt. This allows for 3D scanning, digitizing, and reconstructing spider/webs that resemble computer simulations of the cosmic web. With this technique – and the insights into invertebrate architectures that it allows – the 3D scan has inspired numerous applications from different fields of thought, including biomateriomics, group animal behaviour, cosmology and network theory. The full digital archive is accessible at Arachnophilia.net. Living at the Bottom of the Ocean of Airdocuments an Argyroneta aquatica spider as it breathes underwater, while the hybrid spider/webs that make up Webs of At-tent(s)ion reveal how different sensory worlds collide to create speculative architectures, encouraging the imagination of interspecies relations, communication and cooperation.

The Hessische Landesmuseum Darmstadt is pleased to welcome Tomás Saraceno to experiment with the possibilities of contemporary art in historical rooms of the museum. This will be not only the first in our exhibition series »Carte Blanche«, but will also be the first major exhibition by the internationally successful Tomás Saraceno in the Rhine-Main Region.

Until further notice, the following regulations apply: Obligation to wear a face mask and keep your distance. If the pandemic regulations are relaxed and additional events can be offered, this will be published separately. We will keep you informed on www.hlmd.de 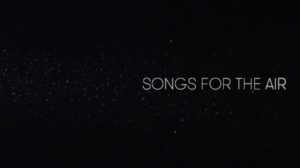 Magazine
The magazine (English/German) will be published shortly for the exhibition and will be available in our museum shop.