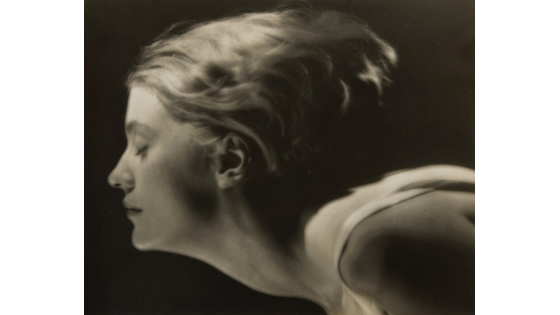 Lee Miller (1907-1977) is considered one of the most fascinating artists of the 20th century. In over five decades, she produced a body of photographic work of a range that remains unparalleled, and that unites the most divergent genres. Miller’s oeuvre extends from surrealistic images to photography in the fields of fashion, travelling, portraiture and even war correspondence; the Albertina presents a survey of the work in its breadth and depth, with the aid of 90 selected pieces.
Lee Miller began her artistic career as a surrealist photographer in the Paris of 1929. She alienated motifs by using narrow image frames and applying experimental techniques like solarisation, so that it would be possible to see paradox reality.

Travel photography, in which she translated the landscape into modernistic and ambiguous shapes, originated in Egypt in 1934. As one of just a handful of female photojournalists, she began to photograph the disastrous consequences of the Second World War back in 1939. Lee Miller photographed the attack on London by the German Luftwaffe (“the Blitz”), as well as the eventual liberation of Paris. Her reporting led her to Vienna via Salzburg in 1945 where she photographed a cityscape destroyed by war, as well as the hardships in the children’s hospitals, and artists – including dancers like Nijinsky. In this exhibit, the focus is specifically placed on the vast bulk of this unpublished group of works.