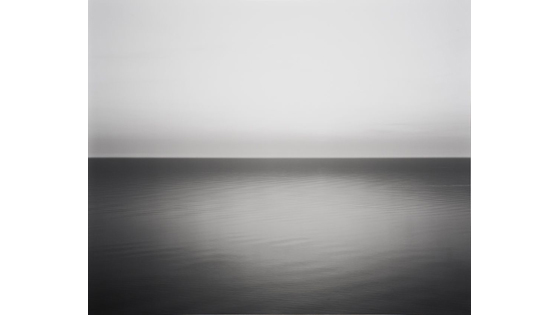 “I feel like a man from the stone age. I try to go back to the original roots of our mind, of our conscience, that we may have lost thousands of years ago, or maybe just fifty or a hundred years ago.” Hiroshi Sugimoto

From February 19, 2016, you can visit the exhibition at the Casa Garriga i Nogués in Barcelona, dedicated to the Japanese photographer, Hiroshi Sugimoto. The exhibition, under the title of Hiroshi Sugimoto. Black Box provides a journey through some of his most famous series and invites us to learn about the work that the artist is working on right now. This multidisciplinary artist, based in New York since the ’70s, works with sculptures, architecture, installation and photography, and is considered to be one of the most important international artists in the last field. The exhibition includes 39 large prints, showing the last forty years of the artist’s work.

Hiroshi Sugimoto has explored ideas of time, empiricism and metaphysics through a surreal and formalistic approach since the 1970s. A self-described “habitual self-interlocutor,” Sugimoto uses the camera as a bridge between abstract questions and the quiet, comical nature of modern everyday life. Whether formally photographing Madame Tussauds wax figures and the wildlife scenes at the American Museum of Natural History, or opening the lens of his eight-by-ten camera to capture a two-hour-long film in one exposure, he explores themes of consumerism, narrative and existence in rich and evocative imagery. This new project presents a survey of Sugimoto’s iconic work, from his calm seascapes to his more recent exploration of lightning fields and photogenic drawing. Created in conjunction with an upcoming exhibition at Fundación Mapfre in Spain, the survey includes an introduction and essay by writer and curator Philip Larratt-Smith, an interview with Sugimoto and text by the prominent Brazilian artist Iran do Espírito Santo.

The exhibition is split into five series, dedicated to the artist’s five large series and includes: Seascapes (1980- ), Portraits (1994-1999), Theaters (1976- ), Dioramas (1976-2012) and Lightning Fields (2006-). His work is characterized by an immense natural beauty and a high technical virtuosity. The photographer has managed to reinterpret some of the most characteristic genres of the classic photography tradition, rejecting digital technology in favor of traditional methods. Overall, the work of Hiroshi Sugimoto is a profound meditation on the nature of perception, illusion, representation, life and death.

Hiroshi Sugimoto (born 1948) is a Japanese photographer and architect. He divides his time between Tokyo and New York City. Sugimoto has exhibited extensively in major museums and galleries throughout the world, and his work is held in numerous public collections, including The Metropolitan Museum of Art, New York; Museum of Contemporary Art, Tokyo; National Gallery, London; National Museum of Modern Art, Tokyo; Smithsonian, Washington, DC; and Tate, London, among others.