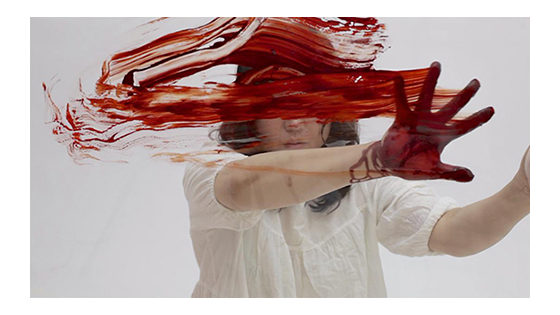 Chiharu Shiota is internationally renowned for her intricate and spectacular thread constructions. In her works Chiharu Shiota seeks to awaken feelings and memories in the public. In Bergen, her new work “Direction” will fill a large exhibition hall at KODE and completely encompass the visitors. Her complex thread constructions have been compared with “drawing in the air”, and frequently include everyday objects. Shiota has also employed photography and video in several of her installations. Her installation in Bergen is accompanied by selected drawings, sculpture, photography and film.

Boats from Western Norway
At KODE the artist will incorporate old boats from Western Norway in her work. These boats were once an everyday means of transportation along the coast outside of Bergen, and the title incorporates a reference to the act of travelling. At the same time Shiota touches upon navigating in a broader perspective: “I’ve been concentrating on the distance we cover in our lives, and the journey we take that has an unclear destination. We are heading in a certain direction but don’t know exactly where”, says the artist. With a background in painting and performance, Shiota has continued to develop her interest in the body and the bodily gesture in her installations. The visual impression is both fragile and massive, and the body’s response upon entering into the work is an important part of the artist’s objective.

Chiharu Shiota (b. 1972) was educated in Japan and Germany. In Germany she studied under Marina Abramović and Rebecca Horn, among others. Shiota has lived and worked in Berlin since 1996. Shiota has exhibited in museums around the world, such as MoMA PS1, New York (2003), La Maison Rouge, Paris (2011) and Kunstsammlung Nordrheinwestfalen, K21, Düsseldorf (2015). In 2015 she represented  Japan in the Venice Biennale, and gained considerable acclaim for her installation “The Key in the Hand”.

KODE is one of the largest art museums in Scandinavia, situated in Bergen, Norway, with collections spanning from the Renaissance to Contemporary Art. KODE holds more than 43,000 works, including world class collections of Edvard Munch and Nikolai Astrup, as well as several composer homes including Edvard Grieg’s Troldhaugen.Chiharu Shiota. Direction