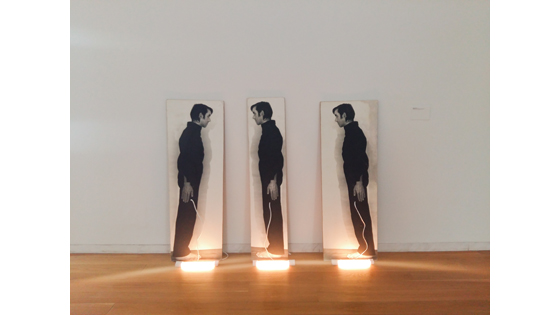 Silvestre Pestana (1949, Funchal, Madeira) is one of the most radical and least known figures in Portuguese contemporary art. A poet, artist, and performer, Pestana has created a singular body of work in a variety of media since the late 1960s. The first major presentation of his work, this exhibition brings together over 100 rarely seen works with documentation and archival materials to highlight the artist’s pioneering use of drawing, collage, photography, sculpture, installation, video and performance to confront the relation between society, art and technology.
Emerging from a group of experimental poets in the 1960s, Pestana combined the visual arts with poetry as a form of resistance against censorship in early drawings, collages, and sculptures. Between 1969 and 1974, as a political exile in Sweden, he created public interventions in the form of gardens and performance-based actions that suggested the fragile ecological and social conditions of contemporary life. Returning to Portugal after the 1974 Revolution, Pestana developed a unique visual grammar using light, language, and visual forms that conceived of the human body as a social, ideological, and technological circuit. The politicized actions, collages, and photographs from 1970s and 1980s use his body to activate linguistic and non-linguistic codes, while attempting to expand poetry into a spatial and choreographic practice.
The artist’s polemical performances of the 1970s and 1980s — documented in a few remaining images — presciently addressed how technologies of the third industrial revolution could elicit both horror and fascination, offering both forms of entertainment and control. Biometrics, militarization, and the extension of the human into a vast information network mark his photography, video, and installation work of the 1980s. Using the moving image as a tool for performative and poetic action, Pestana became one of the pioneering figures of video art in Portugal. Always an early adopter of novel technologies, he has utilized computing, gaming software, and drones in recent decades to develop new expressions of artistic resistance, continuing his decades-long engagement with various political and technological systems that permeate contemporary life. END_OF_DOCUMENT_TOKEN_TO_BE_REPLACED 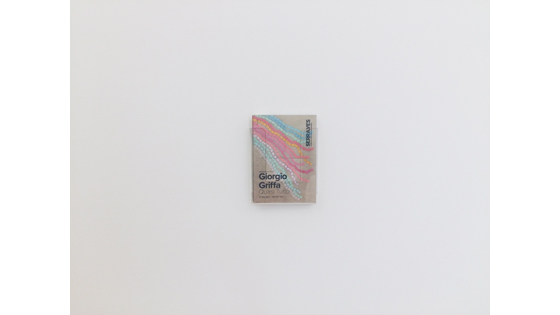 ‘His art deserves a place in the global history of abstraction.’
Roberta Smith, The New York Times

Serralves Museum of Contemporary Art presents the first large-scale museum survey of the paintings and drawings of Giorgio Griffa. It is the Italian artist’s first exhibition in Portugal. The exhibition is the culmination of a series of shows originating at the Centre d’Art Contemporain, Genève (Switzerland), travelling to the Bergen Kunsthall, Bergen (Norway) and the Fondazione Giuliani, Rome (Italy). Curated by Serralves Museum director Suzanne Cotter and Andrea Bellini, Director of the Centre d’Art Contemporain, Genève, the exhibition at Serralves presents an expanded selection of more than thirty paintings and over forty drawings dating from 1969 to 2015. Surveying Griffa’s highly abstract yet eminently pictorial production, this ambitious exhibition reveals the artist’s commitment to the practice of painting as a cumulative process whose continuum is part of a broader physical and metaphysical reality.

Giorgio Griffa (1936, Turin, Italy) is part of the Italian generation of artists who came of age in the 1960s and proposed a radical redefinition of painting. From the late 1960s, Griffa set about reducing painting to its essential components of raw, unstretched canvas, pigment and brushstrokes, stripped of expressive subjectivity, radically redefining the medium and its possibilities within a world in transformation. While his use of simple materials and gestures aligns him with the work of the Italian arte povera artists and the proponents of Support/Surface in France, who were his peers in the 1960s and 1970s, his interest in the immediacy and performative dimension of painting as a time-based process was also inspired by Zen philosophy. During the 1980s, a return to neo-expressionism and the Italian transavanguardia marked for Griffa a period of re-engagement with the expressive potential of his elemental use of colour, line and gesture that had sustained his practice in the previous decade. Inspired in part by fellow artist Mario Merz’s use of the Fibonacci sequence, in the 1990s the numbers of the golden ratio entered into Griffa’s pictorial language. His paintings from the past two decades bring together these constitutive elements with renewed vigour and vital urgency. The works in the exhibition at Serralves reflect these key moments in Griffa’s oeuvre, including important paintings from the artist’s cycle of paintings known as ‘Alter Ego’ that constitute a conceptual and intellectual dialogue with painters from Tintoretto to Matisse and Agnes Martin. END_OF_DOCUMENT_TOKEN_TO_BE_REPLACED