Tag: The Museum of Modern Art 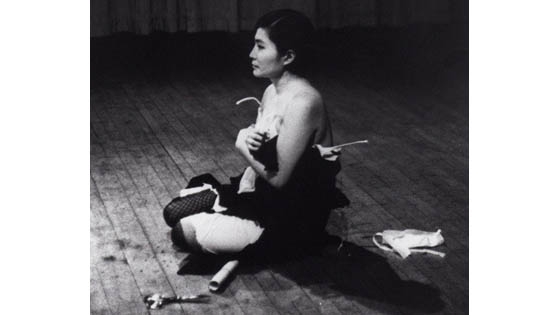 The Museum of Modern Art presents its first exhibition dedicated exclusively to the work of Yoko Ono, taking as its point of departure the artist’s unofficial MoMA debut in late 1971. At that time, Ono advertised her “one woman show,” titled Museum of Modern [F]art. However, when visitors arrived at the Museum there was little evidence of her work. According to a sign outside the entrance, Ono had released flies on the Museum grounds, and the public was invited to track them as they dispersed across the city. Now, over 40 years later, Yoko Ono: One Woman Show, 1960–1971 surveys the decisive decade that led up to Ono’s unauthorized exhibition at MoMA, bringing together approximately 125 of her early objects, works on paper, installations, performances, audio recordings, and films, alongside rarely seen archival materials. A number of works invite interaction, including Painting to Be Stepped On (1960/1961) and Ono’s groundbreaking performance, Bag Piece (1964). The exhibition draws upon the 2008 acquisition of the Gilbert and Lila Silverman Fluxus Collection Gift, which added approximately 100 of Ono’s artworks and related ephemera to the Museum’s holdings.

During the first 11 years of her extensive career, Ono moved among New York, Tokyo, and London, serving a pioneering role in the international development of Conceptual art, experimental film, and performance art. Her earliest works were often based on instructions that Ono communicated to viewers in verbal or written form. Painting to Be Stepped On (1960/1961), for example, invited viewers to tread upon a piece of canvas placed directly on the floor. Though easily overlooked, the work radically questioned the division between art and the everyday by asking viewers to participate in its completion. At times poetic, humorous, sinister, and idealistic, Ono’s early text-based works anticipated the objects that she presented throughout the decade, including Grapefruit (1964), her influential book of instructions; Apple (1966), a solitary piece of fruit placed on a Plexiglas pedestal; and Half-A-Room (1967), an installation of bisected domestic objects. END_OF_DOCUMENT_TOKEN_TO_BE_REPLACED 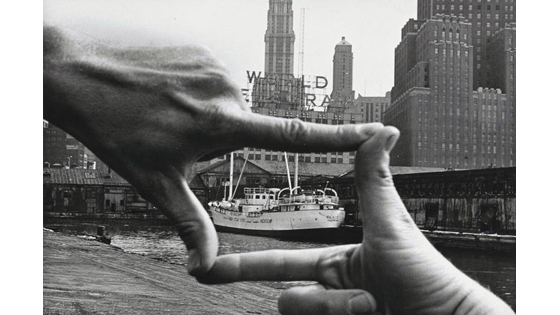 The photographers Harry Shunk (German, 1924–2006) and János Kender (Hungarian, 1937–2009) worked together under the name Shunk-Kender from the late 1950s to the early 1970s, based first in Paris and then in New York. Shunk-Kender photographed artworks, events, and landmark exhibitions of avant-garde movements of the era, from Nouveau réalisme to Earth art. They were connected with a vibrant art scene that they captured through portraits of artists and participated in through collaborative projects.

The roles played by the duo varied from one project to the next. In some cases, Shunk-Kender worked as documentarians, photographing Happenings and performances; in other instances, they were collaborators, acting alongside other artists to realize works of art through photography. This exhibition features a selection from the more than 600 works from the Shunk-Kender Photography Collection that recently entered MoMA’s collection, as part of a major donation from the Roy Lichtenstein Foundation to an international consortium of five institutions.

Art on Camera begins in Paris in 1960 with Yves Klein’s Leap into the Void (Saut dans le vide), widely known through the iconic photomontage created by Shunk-Kender. The exhibition then shifts focus to New York; it includes their documentation of Yayoi Kusama’s astonishing Happenings of the late 1960s and selections from Pier 18, a project conceived and organized by independent curator Willoughby Sharp, for which Shunk-Kender photographed works by 27 artists. The resulting pictures capture the chaotic energy, playful wit, and systematic processes of the era’s performance and Conceptual art in two-dimensional black and white.

The exhibition is supported by the MoMA Annual Exhibition Fund.

The Museum of Modern Art